Starbound – Ethics in your work environment

Hooooo boy. The internet sure as hell has blown up as of late hasn't it? I seriously don't envy being an indie game dev these days.

Anyways, for the uninitiated or the late backlash, several prominent indie developers have stepped forward with allegations of abuse from other developers. Whilst I won't touch on the rest, I want to talk today with you about... Starbound. 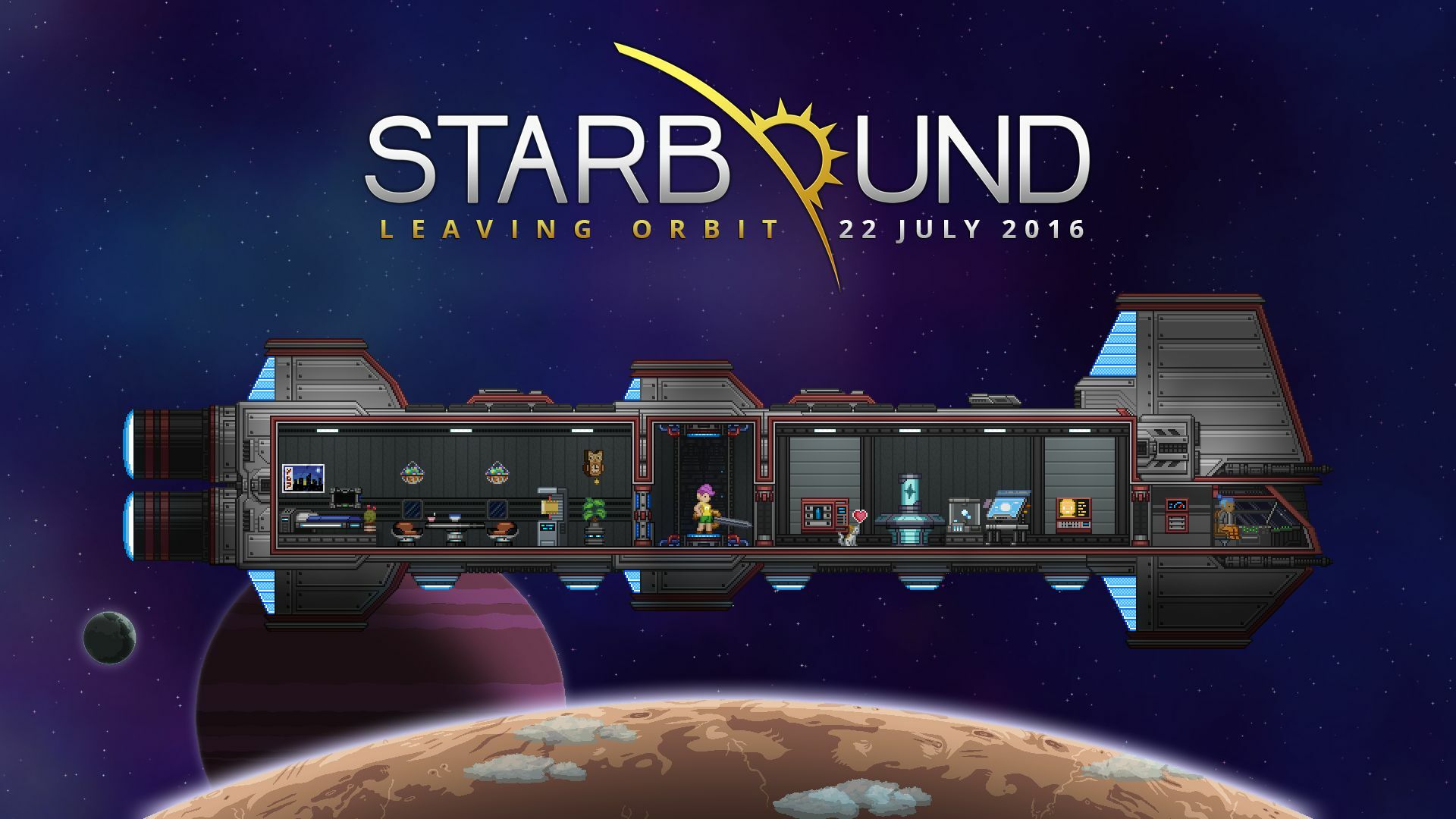 Image used under belief of fair use. Credits: gog.com

So... Starbound was one of the games that was put under flak for this entire debacle. Specifically, the entire thing was lighted off after the former artist and writer demanrisu, spoke up about going unpaid. This received a lot of flak. Eventually information came to light that the intent was that none of the artists, writers and composers were initially intended to get paid for their work and instead were asked to work for “exposure”.

Now me explaining what exposure is is very much preaching to the choir, but for the four of you that haven't met it yet, “exposure” is a term from the creative industry. Specifically, working for “exposure” means that you'll effectively not be getting paid, but you can add that project to your portfolio, meaning you can get an actual paid job later.

It's also an abusive tactic used by con artists. The people that get asked to work for “exposure” usually aren't industry veterans (because the industry veterans know bullshit when it smells like it and generally reject it), but are typically people that just graduated or are still interning.

Now, there's many many people who can tell you about the horrors of this situation and how rampant it is in any creative industry, but I'll just summarize myself to this: If you are currently working unpaid for someone, leave. They're not gonna pay you “later”. If there's no contract that states you get a wage for what you do, leave. Those people aren't worth your time, and they sure as hell aren't making sure you will be properly fed.

If you need to build a portfolio, do it yourself. If you're an artist, make an art gallery, if you're a musician compose music in your spare time, if you're a programmer, make some awesome FOSS stuff. The crux is that you should be doing it and nobody else. You are the only person that you don't have to pay for your work.

Anyway, with that basic bit out of the way (since everyone and their mum has talked about it): Let's talk about a second “magical” thing that popped up during this: The fact that Tiyuri, the CEO of Chucklefish can best be described as a major asshole.

Something none of the big talk really mentioned aside from in passing is the rather baffling lack of professionalism that seemed to have been going on in the company.

Most of my source for this is from former writer Rhopunzel, who has actually been talking about this since 2016 on the SomethingAwful forums 1 and 2 (note: using archive.org since SA archives old threads). And this is.. staggering.

To be clear: The development of the game seems to mostly have been aimless from the start, with the initial design pitch seemingly just being completely ignored for a completely different game. Whilst there is the obvious talk about “exposure” work going on, there's also a couple of “interesting” claims in there.

To sift through this and provide a summary:

This... this doesn't paint a good picture. No, seriously. If a business does this kind of behavior, see this as a huge red flag to not even come close to them. Find your money somewhere else.

The fact that my job, which is a minimum wage cashier job for a supermarket chain, treats me better than this joke of a company and CEO does is just fucking sad.

But maybe you don't care about that. Starbound was trash anyway, so why bother with it?

The problem is that all of these things directly influenced the game. If you make this claim, you probably started playing either during or after the Giraffe betas. The reason I say this is because up until the Enraged Koala, Starbound was much less trash.

It was Terraria in space. That was what it was, and it had a ton of good lore attached to it. Only a few mechanics, but they were all pretty well fleshed out, the structure of the game made sense and you weren't hogtied to play the game.

Then, during the Giraffe betas, this excellent base of a game was just... tossed out. No, seriously. All the lore was scrapped, a lot of mechanical depth was removed from the game, all of the charm was removed for a “new direction”. This new direction being a couple of predefined missions and removing all of the unique racial gear that wasn't armor and redesigning the game to accommodate to specific playstyles without the weaponry to back it up.

In addition, all the lore was seemingly taken out, presumably because due to the new direction, the old design of the game was too grimdark, which didn't mesh well with the newer, brighter, happier design style they were going for. The new lore is just... inadequate. It's not a fun game, it's not a game that makes you go “wooow, that's actually interesting”. It's a game with a super shallow lore, and everything just feels artificial in places where it didn't before.

Then they added a bunch of new mechanics, that pretty much all have equally as much depth as the hollowed out husks of the former mechanics. The result is that you have a game in which there is a whole lot to do but very little that's actually worthwhile doing.

Combine that with the game also incredibly arbitrary railroading the player in the Giraffe updates (Koalas were pretty much open-ended), and the game also wasn't fun to play. It would introduce a mechanic, then scrap it moments later in exchange for another.

Let me stress this: Starbound went from a well balanced and well designed, Early Access game that I bought and loved for the fact that it seemed so promising and so finished to a game that was more unfinished from when I started playing it.

And this is something that confused me so much up until this day. Like, I never really pointed it out because if I'm being honest, there's much more time I can spend than talking about a trashy indie.

But adding the previous mismanagement of the games structure on top of it all? Well. That's an explanation. A really fucking good one. If all of your designers, artists and coders left because they weren't paid or because the CEO was a twat and you seemingly had to scrape by with whatever people would be willing to uncomfortably accept your trash? Hell, at that point I'm surprised the game turned out as good as it did.

Fuck, I guess we have to do one of these now? I mean, I kinda did one. But... I might as well do this anyway. I have a wiki page on my github to download older versions of Starbound. Give it a go! To be clear, the command you would need to get Enraged is

Give it a go, because that's the version that had passion still left in it. Moreso than those working on the game right now I'd say.